Starting at Hawick and Ending at Oakwood 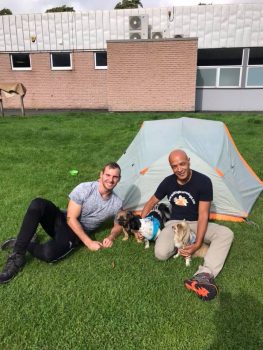 Some legs just drag and drag and drag and drag….
And this was one of them, with it being a short leg you wake and tend not to get a move on, it was 9:15 before we started to walk, which is not a good way to start a day, then it was up and down for the whole 10 miles over poor ground so our pace dropped and it just seemed to drag.
Still another leg done and a few miles closer to the end, of which I still have no confidence in getting to but we sha…ll see.
Drove on to the camp site at Selkirk and Rob has pitched his tent so we will try and look after him as much as possible.
Rob is a Dutch guy who I mentioned yesterday he is also on a LEJOG but a slightly different route and time scale he started on the 8 July but has only had two rest days aims to finish 18 September with a max 15 miles a day…. i envy him, it’s the plus 15 mile days that hurt….pictured with Sam ( even the dogs fancy Sam!!)
Walking day tomorrow then a rest day trying to manage my old bones till at least two weeks near the end then I can relax a bit and plough on for the last few legs as need to be in Peterborough for the 17 September. Work calls and I can’t ignore it ,it’s been so good to me and the team I work with have pulled out all the stops to cover my backside.
I have also let Rob pick track of the day, his words were as follows:

“During e2e (LEJOG) I spent long stretches on my own. For some reason my father comes into my head every day. He died in 1994. I have had long conversations with him on this walk.

I am doing this walk to help end the dog meat trade. Dogs are my family and I can’t believe anyone want to hurt them let alone eat them. Dogs are often skinned alive boiled alive in the belief that torture improves the quality of meat! Www.walkingtosavedogs.com

I feel a race to the end coming on! Come on, Ram, get a shift on! 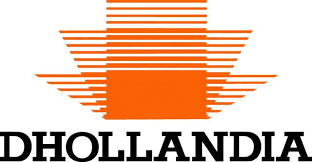 The Dhollandia range is extensive and offers options for all transport applications. The tail lift exists in various materials, dimensions and with different payload capacities. It is a system that can be entirely customized to the specific needs and wishes of the end-user.