Starting at Helmsdale and Ending at Somewhere near Dunbeath 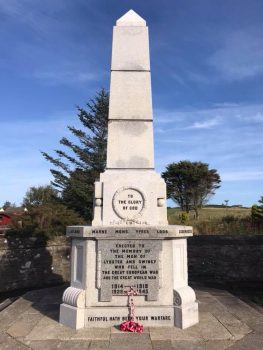 While we have been away, we have had some really good restaurant finds. TripAdvisor has worked fantastically well which is no shock to me as I always use it often when I am away with work. While in Brora over the last two nights I thought well TA as we have had long days.…
So Sids Spice came out top of the list. Tuesday I popped in, wow it was one of the best Indians I have ever had, it’s never as nice on your own but good food and service makes up for it.

So last night came and I was tired and just thought oh sod it I will go to Sid’s (mistake number 1). Chatting to the waiter who said welcome back I said to him the food last night was top notch but have you something a little hotter? (Mistake number 2). The food came absolutely perfect…scrumptious! just the ticket.
A beer with Sam and a glass of wine before bed, slept like a baby Ram.
6 am alarm coffee ok think I will just pop to loo, no problem, little tummy ache but nothing that you don’t expect from double Indian… back to Motorhome. Sam got his stuff sorted, tent down etc then a rumbling in my tummy……. just at that time, I decided I had to go! Sam had put up the Motorhome step up (mistake number 3) therefore the step down was large and unexpected!
This operated the flap valve and we had problems, now looking across to the toilet block it sort of disappeared into the distance like one of those crazy mirrors at Blackpool but being a man I had decided I would make it (mistake number 4). This ended up with the funnest type of walk I have ever had to do across the field to the block. Needless to say, the flap valve had decided to pass a little. Thank the Lord it was early. On a positive note, it’s always nice to have a shower first thing!
You will see from all the photos we have taken that I always try and get a picture the of War memorials I pass. I have been astounded at the number of memorials we have seen in every town, village, and hamlet, all who lost men of mainly young ages. Some memorials had a lot of the same names that were more than likely family members. Some towns the size of Whalley lost unthinkable amounts of men…almost a whole generation wiped out. Now I am sure Germany has the same sort of memorials, but when you see them day after day after day it makes you realise how many lives were lost…… we really do owe so much to these brave men.

Song choice
Manhar had donated for this track so i am pleased to play it for him.
https://m.youtube.com/watch?v=0xueCCyZ5V8 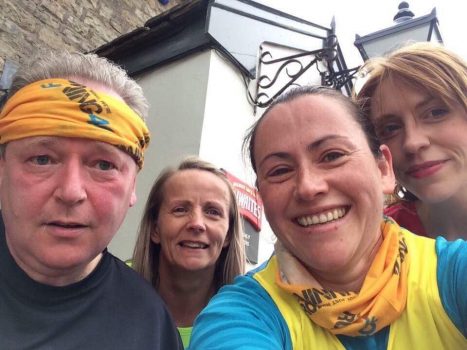 Today’s sponsor is another example of the support of friends and family ....Bill Reed has donated today as Bill’s Caners! Bill is a stalwart of Running4CF and a big supporter and organiser of all the fundraising events they do - including being a huge influence on the activities for LEJOG, alongside this kind donation of his own ... personal donations mean a lot and have made such a massive difference to the event ....many, many thanks to Bill and thanks for this fab picture of him with his “3 amigos Kim , Cath and Robyn”....

Hi.. I have cystic fibrosis myself. I was diagnosed at 6 months old.. I then spent most if my childhood in hospital.. and over the years I also put on a bit of weight, well, I went up to 21 stone to be precise!

3 years ago I decided to do something about it and go against a lot of what I was told growing up. I changed my nutrition and took up fitness. I attacked fitness with a bang and in 9 months lost 9 and half stone. Since then I have become a fitness instructor and personal trainer.

I have had so many achievements in the last 3 years. But also to the point that I could do The Great North Run last weekend in aid of CF. I raised over £600 and am so pleased.

My aim is to inspire anyone with CF that we can live as normal a life as anyone else, but to enable me to inspire others I had to be inspired in the first place too and its people like you, Steve, that inspire me.. someone who’s willing to put themselves out there for an act of kindness that they didn’t have to do.. so for that, I thank you. Well done, buddy.